This website was created and posted by Pennsylvania Constable Laird Cole. No tax dollars have been spent on this website and it is paid for personally by Laird Cole.

The materials available on this website are for informational purposes only and not for the purpose of providing legal advice. You should contact your attorney to obtain advice with respect to any particular issue or problem.

registered agent for service of process

I was previously Elected to serve the Commonwealth of Pennsylvania

by the voters of Pine Township, Mercer County, PA 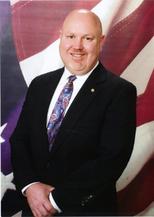 The Pennsylvania State University (Instructor for Constable Education and Training)

In small departments, like I served in recognition was more personal

then in larger departments where officers moved around and needed a

"paper trail" to let others know what kind of an officer they were.

at the agencies I worked for.

Safe and Effective Use of Law Enforcement Personnel in Work Zones

PA State Constables are not first responders. In case of emergency please call 9-1-1